The PRJD907 2000 Lumen LED Projector from Pyle Pro features an LED lamp that, because it doesn’t burn out the way tungsten filaments do, is estimated to last 50,000 hours. With a native resolution of 800 x 480 and a native aspect ratio of 15:9, the projector is able to accept signals up to 1920 x 1080 (Full HD). For connection to Blu-ray disc players, DVRs, receivers, computers, and other HDTV devices there is an HDMI input. In addition, there is a 3-RCA component input and well as a composite RCA input for analog devices such as DVD players and SD camcorders. Finally, for computers analog graphics adapters – in particular many laptops – there is a VGA input.

In addition to the video inputs, a USB 2.0 type-A female port allows you to connect a flash drive or other USB storage device and show images or play video or audio directly from the projector. Supported file types include MP4, AVI, MOV, WMA, MP3, JPG, PNG, and more. The projector also supports audio output through its built-in speakers, for those times when a separate audio system is unavailable.

The PRJD907 can operate directly using top-panel buttons, and many settings can also be adjusted using the included remote control. It also includes a VGA cable, RCA cable, and a lens dust cover.

A single LED lamp provides 2,000 lumens brightness in Normal mode, and is estimated to last 50,000 hours. To determine the ideal brightness level for your application, you will need to take into account the screen width, distance from the projector to the screen (throw distance), amount of ambient light near the screen, and the reflectivity (gain) of the screen surface used

This projector features a 15:9 native aspect ratio. This is considered a widescreen format, and comes very close to the 16:9 standard of HDTV. The projector can show 4:3 too SD content as well – in this case black bars will have to be applied (pillaring), or the image will have to be stretched or cropped to fit

Depending on where the projector is placed in relation to the screen or projection surface, as well as the amount of ambient light present in the room, this projector features a recommended image size of 50 to 140″ diagonal 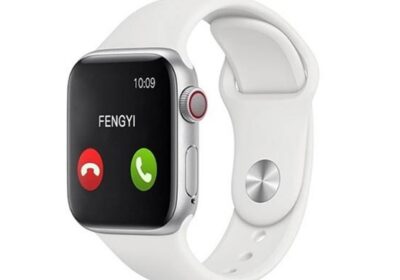